You are here: Home / Public Info / Person with No Half-moon on their Fingernails Could be Suffering from Illness?
ShareTweet

Have you noticed that white, half-moon shape on your fingernails? This part where the nails are attached to the finger and cuticle is called lunula. It’s called lunulae in its plural form. Not everyone has it on their fingernails and sometimes, it may be a sign of a health condition or vitamin deficiency. The visibility of lunula depends on the color of the skin among other factors. Though not everyone who has no lunula has a medical condition, it’s better to discuss this with your doctor to avoid the occurrence of health problems in the future. 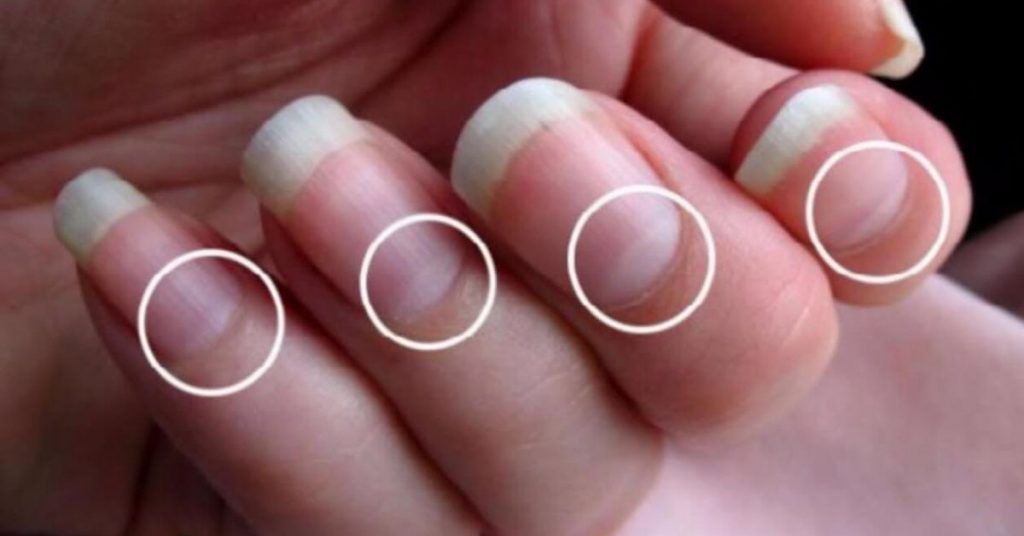 These are the health conditions that may be the reason for the lunulae to disappear;

Some people that have these health conditions may have red lunulae. The shape and texture of the nails may also have some noticeable changes aside from experiencing symptoms such as chest pain, coughing, or shortness of breath. These are the possible conditions; collagen vascular disease, heart failure, and COPD (Chronic Obstructive Pulmonary Disease).

One of the most common symptoms of anemia is paleness thus making the lunulae invisible.
Anemia happens when the red blood cells that are supposed to carry the iron-rich hemoglobin don’t function completely or if the body is not capable of producing an ample amount of red blood cells. This can result in oxygen deficiency and paleness.

This is a serious liver condition wherein there are damages and scars in the liver. These factors affect the function of the liver. People may get this disease if they have to drink too much alcohol and are inflicted with diabetes. It mostly affects the male species and those over fifty years of age.
The lunulae may turn red while the nails may turn white.

If you’re on an extreme diet, there are medical conditions that might affect your body and prevent it from absorbing needed nutrients. Eating disorders may also be one of the reasons why the half-moon won’t be visible in the nails. Vitamin B-12 deficiency also causes the lunulae to disappear and may also make one develop nails that are brownish.

This is a genetic disorder which may cause hazardous levels of copper to accumulate inside the body. The symptoms may include; tremors, difficulty in walking, depression, liver failure, and clumsiness. People affected by Wilson disease have blue lunulae.

This is a serious skin condition wherein the skin loses color and in patches. When your body attacks the melanocytes which are the cells of the skin responsible for giving color, there will be white or pink patches.
There is a chance of developing changes in the nails when one has vitiligo. Other health conditions may develop when one has vitiligo such as thyroid problems and becoming more sensitive to sunburn.

Changes in the appearance of nails can be a symptom of argyria. This is one kind of poisoning that is caused by too much exposure to silver.
The lunulae on the toenails may remain white but the eyes, face and head of the person may turn into blue.

The nails are one of the indicators of one’s state of health so if you notice changes in your nails, it’s best to have a doctor check on you.