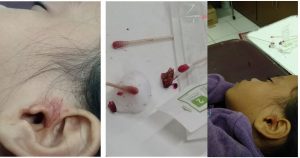 The mother of a young girl named Jelliane awoke one night to the screams of her daughter. At first, they weren’t sure what happened but then found out that an insect went inside their daughter’s ear. They initially thought it was an ant but discovered it was bigger. They tried to remedy the situation by […]